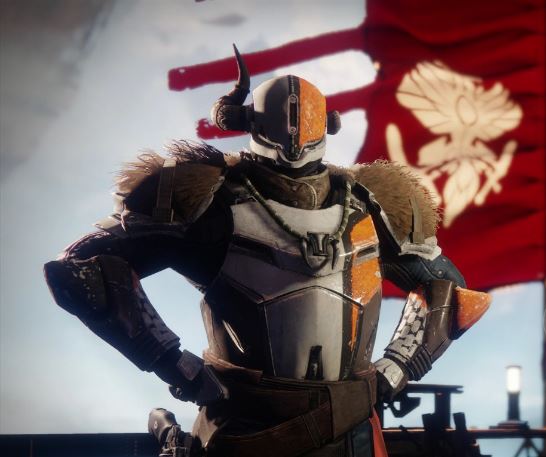 Hey Fans, it’s been a while hunh?  Yea… sorry about that!

I figured I’d start with a quote from the game that has kept me away for the longest.  I felt it was fitting because I am never really done posting to theactualworst, I just take very long breaks.  Thank god Emer is around to keep the readers occupied! — Oh, if you haven’t figured out where that quote is from, it’s LORD SHAXX from Destiny 2.

Alright, let us jump in!  To Start, Destiny 2!  I purchased the bundle that include all of the expansions. THAT’S how excited i was / am to play this game.  Also, don’t tell my boss, but i also took a couple of days off work to play the game!  Dedication? Or pathetic? … I’ll let you decide, don’t judge.

Thoughts on the game?  The story was amazing, I loved how it started serious, deep into the feels, had some predictable comedy from “the Cayde-6 unit” and then ended with a powerful exclamation point! (I hate getting into specifics of the game because of spoilers)  The game can be summarized with a quote from the (Canadian) rapper Drake: “Started from the bottom now we’re here – Started from the bottom now my whole team f*&%ing here”

Once the story was completed, i was lucky enough to have enough of the guys at work that played the game on the Playstation 4.  We struggled with the end game content (raid) for about the first 2 weeks before we were able to run through it all in one shot (about 3 hours).  I enjoyed how challenging Bungie made the encounters and mechanics for the raid.  It felt good to know that you were beating content because 6 players were using their brains and shootings skills… it reminded me of raiding in WoW (on a smaller scale).

Ok audience, ignore me for a second so i can talk to Emer…

Alright, Emer — Me and the guys at work found a mini-game that NEEDS to be played when you arrive at the final boss of the the Destiny 2 raid.  When you enter the room, you are looking at this:

Now, the name of the game:  First to Throw a grenade in the Chalice, wins 🙂

Only Rule: You cannot go past the first set of stairs

This game is awesome when people are on pee breaks and smoke breaks…  the crowd really gets into it…. haha

Moving on!  So, that was all of September (basically)?  Let’s jump to the end of the month leading into October?  Middle-Earth: Shadow of war was released

on September 28th.  I jumped into it right away, with all of the mechanics from the original game, rushing back!  My initial opinion of the game was “holy shit, this game is huge! ….  what the hell am i supposed to be doing?!”  I remember following a couple of the story missions and thinking: “It feels like there should be a greater purpose to this story, all i am doing is defending this city, that I KNOW is going to fall… and what the hell are all of these icons on the map?  Why isn’t a character telling me what i should be doing with these icons…”.  5 hours in and I finally get some direction… FROM AN ORC named Bruz that i mind controlled!  Quite a funny character, seems pretty obsessed about fighting and “popping heads”.

As soon as Bruz was recruited the entire game was a bit more forth coming with information about what i should be doing on the map.

The game started to get a bit repetitive near the end.  While the first game was focused on fighting and killing orcs, this game was all about building an orc army to battle the dark forces of Mordor.  All i felt i was doing was mind control as many orc as I could, to lead them to a strong hold and siege them into the ground … all over the entire map.  By the 4th region, i remember thinking “I GET IT!!” (especially because you start with nothing in each region).

The story is really good and I enjoyed how they were telling 3-5 different stories within the game.  I didn’t realize that, this is what they were trying to accomplish.  Remember how i said i didn’t understand all of the icons on the map?  Well, it turns out that there were different story mission ICONS that corresponded to different stories being told but because of the way i was playing the game, it seemed like all of the stories were blending together.  Turns out, they are each telling an independent story on a parallel timeline.  How did I figure this out?  Well, I finished the “MAIN” quest line and it warned me that i was entering the final missions where i couldn’t turn back.  It continued to say that i should probably finish the remaining story quests that were remaining in the other regions of the world.  As I was completing these missions i realized that it was telling a story in a specific order! *sigh…*

Tune in next week for the dedicated post for Assassins Creed: Origins