Emer: The end of the world

I played Dream Drop Distance before I played The World Ends With You. This is significant because the latter’s characters appear in KH:3ds (oh square nix you are so clever with your names) and I was baffled by them. There’s some desultory effort to explain them and the lore behind them, but mostly they were the annoying additions I clicked through to get back to the disney lands.

Then I picked up TWEWY on the iPad. First, this is a BIG game that translates very well to tablets. I wish more ds games made the leap. Second, I loved it. Combat was fun as hell: different gestures translated to different attacks. You customize your attacks through a variety of pins (which you can find in battles or buy from shops); many pins can be leveled up and even evolve. How popular a badge’s brand is in the neighborhood changes how effective its attacks are, so you regularly switch them out. You can also control the difficulty, in 2 different ways — how hard the enemies are, and how many waves of enemies you fight in a row. The harder you fight, the better your rewards. 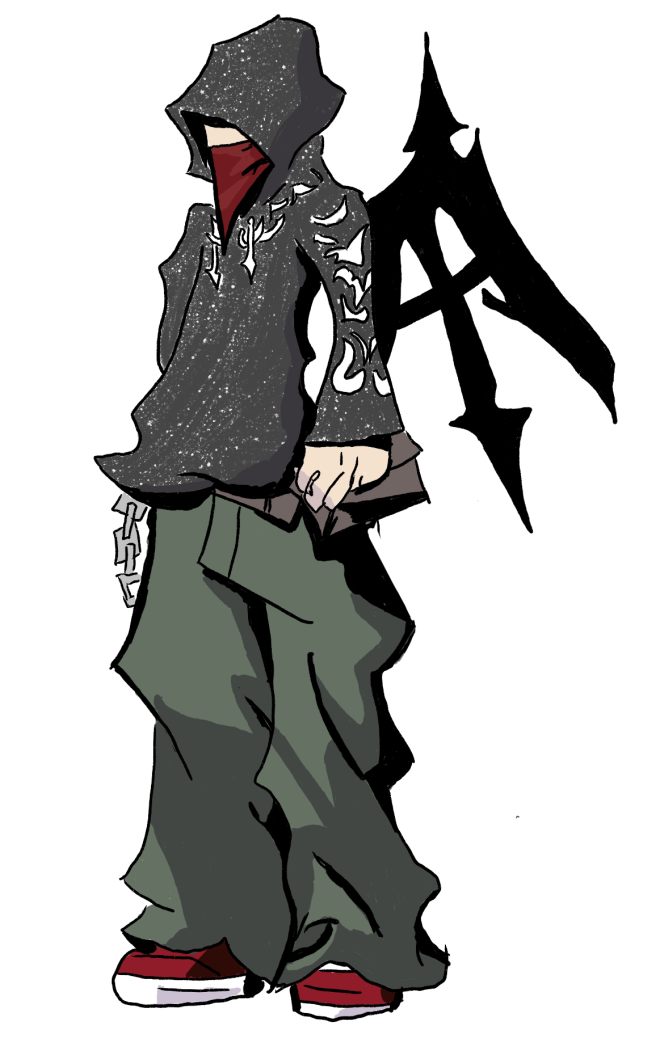 I loved the cel-shaded art. I loved the atmosphere of the city, the music that you listen to. Throughout the game, you have a sidekick for a week — each sidekick having different attack styles. I ALSO played this game on the 3ds, and I have to say, it was much, much easier on the iPad. In the 3ds version, you control your attacks with the stylus while controlling your sidekicks attacks with the directional buttons. Certain combinations of buttons equal certain attacks. Your sidekick fights on the top screen and you on the bottom — and you share a health pool. There’s the option to let the AI control your sidekick, but the AI doesn’t do a great job. I could have the game on the highest difficulty on the iPad and struggled with the medium difficulty on the 3ds. Oddly, I had a harder time with boss fights on the iPad (sometimes movement would register as an attack, making dodging difficult) than on the 3ds. On the whole, I preferred the iOS version.

TWEWY is a gem that I feel like passed a lot of people by, since I believe it was only released on the 3DS and eventually the mobile port. It was one of the very best games I played in my entire backlog, and I’m so grateful.